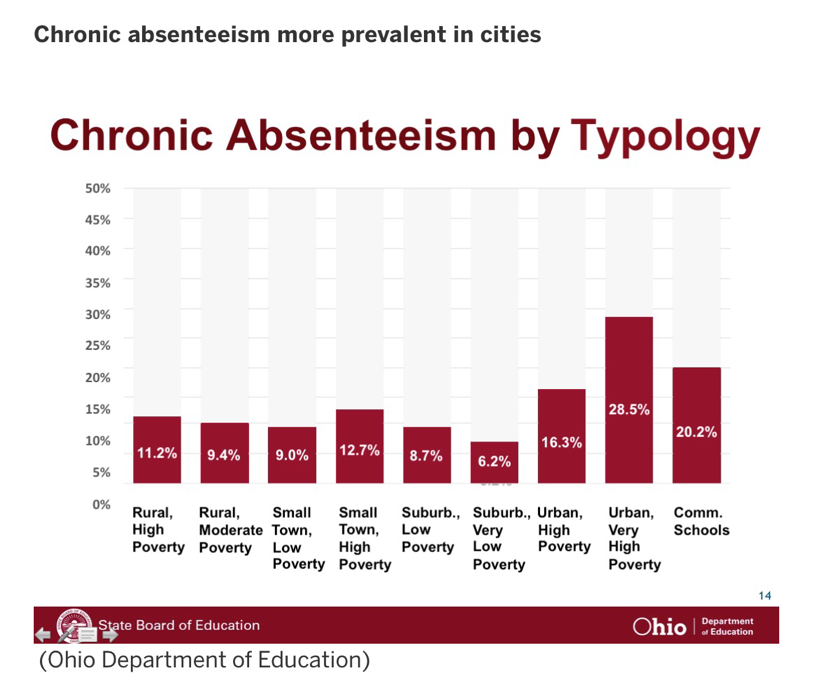 If chronic absenteeism is highest in areas with the greatest concerns regarding graduation, then why is 93% attendance a key component of the state's "solution" to the grad crisis of 2018? And as long as I'm asking questions, what's the solution to the grad crisis of 2019? 2020?
So, last week I got to feeling guilty about a decision that I had to make. Truth be told, having been raised Catholic, my guilt comes around often. In this case, I had planned to attend the office hours of my State Senator, as well as attend a local school board meeting at a time that interfered with activities related to my son's birthday. I quickly recognized that I was in a lose - lose situation.
I wanted to remind my Senator and the school board that there is still a graduation problem despite the fairly recent "fix" added to the budget bill for the class of 2018  The problem, as I've said enough times to make myself sick, is that the solution does nothing for the graduation problem of 2019, 2020, and beyond. Even worse, the solution may not solve anything as the easiest new paths to graduation are retaking all tests on which you've scored a 1or 2, earning a 2.5 GPA and maintaining a 93% attendance rate. These last two indicators could be difficult to satisfy, especially for students experiencing any economic hardship. Individuals living poverty are less likely to be able to seek medical attention for health issues, and more likely to have unresolvable transportation issues, food or home instability, increased responsibility in the home, and other issues which increase absenteeism.
Even legislators who championed the so-called solution are not convinced it will work.
Having studied my sophomore's scores from the spring, I am becoming convinced that the class of 2019 is in the same situation as their predecessors. The state had estimated that 30% of those students statewide would not graduate. Because scores on standardized tests correlate with socio-economic status, it is reasonable to surmise that the percentages of non-graduates will be higher in districts with high percentages of economically disadvantaged students. In the district where I work, 59% of students are economically disadvantaged, so the graduation problem will impact these kids that I teach disproportionately. The state of Ohio has begun to formally study the impact of poverty on education, and admits the relationship. Despite this, Ohio educational policy continues to punish children for their academic performance in high school and otherwise, essentially punishing many children by denying a diploma, simply for being poor.
I'm not comfortable telling specific stories about students, even without a mention of names, because they're not my stories and I believe in confidentiality. The problem is that the kids aren't likely going to discuss their testing issues publicly. If you were a 16 year old who's taken 6 of your 7 assessments and only compiled 10 of the necessary 18 points, you'd not likely be eager to discuss the situation with your peers either, understanding as they may be. Unfortunately, many students are in this very situation, some better, some worse. My district aligned curriculum early, collaborated on methods, built common assessments, and now we're offering remediation to every student who needs it in order to prepare for retakes. And just like the state's solution for the class of 2018, I fear it will not help nearly enough students.
What I'm willing to say is this... Unless a permanent solution is crafted, over the coming years 1000's of students statewide (including many in my school), who are deserving of a diploma, will not graduate. Students are being made to feel like failures by an assessment system that says little about their accomplishments or potential. Regardless of their success in the classroom, on the field, in the arts, music, technologies or otherwise, they will be prevented from graduating by arbitrarily set cut scores on a narrow set of assessments.
Students who are leaders in their community, student government, in youth groups, churches, scouts, and otherwise are being told they're not deserving of a diploma. There are young people currently, successfully employed whose test scores claim that they are not fit for the workplace. Still other kids are successfully completing college courses while their assessments indicate that they're not college ready.
It is the absurd and disgusting nature of this high stakes assessment system which would even have me consider putting off my kid's birthday for the sake of promoting a solution. As it stands, I spent time with my son, and instead wrote my Senator & one of our board members. I'm guilty about it, but I've learned to live with that, the graduation problem I cannot.

Posted by Matt Jablonski at 5:39 PM No comments: