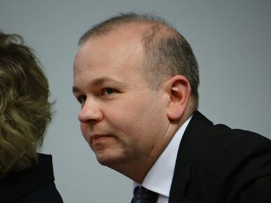 House Ed Committee Chair Rep Andy Brenner and I disagree.
I read the following over coffee this morning...
"State Rep. Andrew Brenner wants to ease the blow to charter school overseers made by the poor grades of giant online schools." This appeared in an article in the Plain Dealer regarding a proposed amendment to the coming budget bill. Critics of the measure, like Senator Joe Schiavoni, believe that it would eliminate any motivation for schools like ECOT to improve educational opportunities for students. He's right. It would certainly minimize what little oversight the state has created for charter schools, but I thought of something else.
An article on the Graduation Crisis from the Plain Dealer dated March 28th had this from Rep Brenner...

Brenner, a Powell Republican, said he would support giving points for being in things like science or math clubs, but deciding which others have real learning value is hard.

He also supported a way for students who do well in class but just do not handle tests well to earn points, while worrying that schools with students on the edge will end up with grade inflation.

"That's going to put pressures on teachers to adjust grades," Brenner said. "There's always going to be a push-pull on this."

So, when it comes to making adjustments for his friends in the charter industry because assessment scores and attendance are awful, he is all for it, but when it comes to an equitable graduation system for Ohio's students, he finds it worrisome. When I suggested this to Rep Brenner on Twitter, he said that that's not what he meant. Unfortunately, he also suggested that there is no graduation crisis, which I find terribly alarming for the third of Ohio's juniors in danger of not receiving a diploma.

Yes, this is the Chair of the Ohio House Education Committee denying an issue with graduation, despite 30,000 students being negatively impacted by an assessment system he helped to create. And what of his claim regarding the scores?
Like most who hold his mindset, Brenner fails to recognize that in the United States we test ALL students regardless of economic status which, according to research, plays a role. Can we do a better job educating students in the US? Certainly. I attempt to improve my practice as a teacher every day, and work to better the system in which my students learn. Unfortunately, Rep Brenner decided to suggest something different of me...

First, by definition the poor have fewer resources, regardless of what schools provide, which is often inadequate. Next, I have to assume that Mr. Brenner is completely unaware that I teach in a district with 59% economically disadvantaged students, or he wouldn't have been so boorish as to suggest that I am only attempting to teach 41% of my students because I don't believe the others are capable of learning. Either way, I find the suggestion insulting, so I told him as much...

Please, don't get me wrong, I do not pretend, nor claim to be able to understand the full reality of a life lived in poverty. However, I am able to grasp the limitations of my understanding, and allow that to inform my practice as an educator, the opportunities I present to my students, and reflection on the process. I believe that stating a belief in the poor's ability to learn, then celebrating the "resources" they have is a terrible oversimplification of a very complicated reality. So is ignoring the implications of poverty on the educational process.
On the up side, Representative Brenner believes poor people can learn. On the down side, I'm not convinced he's ready to act for the benefit of Ohio's students regarding our albatross of an assessment system and the Graduation Crisis (that does, in fact, exist). Before my spring break ends, I plan to send the following note to EVERY legislator in Ohio, Representative Brenner included, in the hopes that they might see things my way, or at least be willing to take a few steps in my direction.
Please consider writing your own letter on behalf of our students, and contacting our legislators. Here's a link to the Senate Directory. Here's a link to the House Directory. Here's mine...

I am writing you today on behalf of the Class of 2018, to encourage you to act on the recommendations of the Superintendent's Workgroup on Graduation, at minimum. I say "at minimum" because I'm not entirely convinced that the recommendations of the Workgroup will sufficiently remedy the pending Graduation Crisis. I believe Senator Lehner was correct when she said, “I’m a little bit concerned that it’s not going to capture as many kids as we maybe think it will. 2.5 is a pretty high GPA. And for an amazing number of these kids, that (93 percent) attendance rate is pretty high.”

I believe a safe harbor for this year's juniors is the only equitable solution considering the 3 year assessment mess that created the crisis. This should be followed by a sincere move toward the minimization of assessments, and abandonment of high stakes measures associated with them, as has been recommended by stakeholders statewide.

Ohio is one of only 14 states to require assessments in order to graduate, and as an American History teacher at Elyria High School I can say without hesitation that the benefit of these assessments is negligible. High School GPA remains the best predictor of college success. The assessments and pathways do nothing to promote student pursuit of vocational programs. Even when the ODE was forthcoming with data from state assessments, the only real purpose it served was to direct educators to help students be more successful on assessments.

No Child Left Behind ushered in this test and punish mentality in 2001. During the time since, scores for high school students have stagnated on the NAEP, SAT scores declined between 2006 and 2014, and ACT scores have been flat. The philosophy has run its course.

While I understand, politically, that some testing will remain, the time for punishing students on the basis of standardized tests is over. Please consider a safe-harbor for the class of 2018, or minimally moving forward with the Workgroup's suggestions. If there is anything that I can do to be of assistance, please let me know.

Thank you for your time and service to the state of Ohio.

Posted by Matt Jablonski at 3:14 PM No comments: