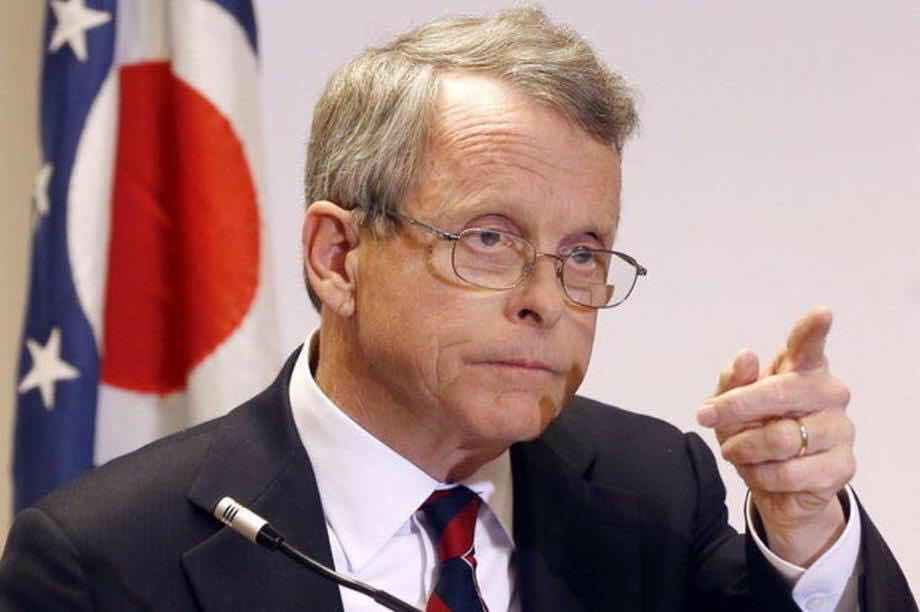 “The DeWine-Husted Administration will reduce the number of tests that students are required to take...”
It is a new year, and hope springs eternal.
My uncharacteristic optimism coming into 2019 has a lot to do with the total shitshow that was 2018. I may have lost my mind. You’d think by this time I’d have grown accustomed to utterly asinine education policy in the state Ohio, but it continues to wear on me...
This past year became yet another in which legislators refused to address unconstitutional and inequitable school funding.
Despite a several year old demand by education stakeholders to reduce testing, standardized tests remain as excessive and intrusive as ever in the lives of students and teachers.
House Bill 70’s “Youngstown Plan” continues to make a mockery of education, the democratic process, and common sense. The situation in Youngstown and Lorain has devolved into a dumpster fire of ineptitude. East Cleveland and other districts throughout the state appear poised to follow.
Unregulated electronic, and other charter schools remain unchecked in their theft of taxpayer dollars while legislators persist in championing them.
The great achievement of the year’s end, a temporary fix to the grad problem, was resolved halfway through the school year, which amounts to at least several months (if not years) longer than the issue should’ve been allowed to go on.
So, where the hell is my optimism? It is in this...
A permanent resolution to the grad problem is in the works.
ECOT is closed.
Resistance to HB 70 is ongoing, growing, and in the courts.
In addition, leadership in Columbus appears as if they are beginning to actually listen to professionals in public education when crafting policy related to public education.
The first component of incoming Governor Mike DeWine’s “Education Plan” from his campaign website is a reduction in standardized testing in order to free up time for teaching and learning. As the website states, “The DeWine-Husted Administration will reduce the number of tests that students are required to take...” I am confident in speaking for the vast majority of my colleagues in public education on this topic when I say, “We support you wholeheartedly in this endeavor, sir.”

Fortunately, Mr. DeWine’s plan coincides perfectly with data already compiled by the Ohio Department of Education. You might recall that when the ODE asked for input on its implementation of the Every Student Succeeds Act, most stakeholders demanded a reduction in standardized testing. From an article in the Plain Dealer at that time, “‘The amount of testing was at the top, followed closely by concerns around charter schools,’ said Colleen Grady, the former Strongsville school board member who is now a senior policy advisor for the Ohio Department of Education.”
In response, State Superintendent DeMaria promised to form a committee, study the issue, and take action. The result was the elimination of Social Studies Assessments in 4th and 6th grade, with a recommendation to eliminate the American Government test in high school (which never happened). While I am not confident enough to speak for all stakeholders, when I provided my input and recommended reductions in standardized testing, eliminating only two tests is not at all what I had in mind.
With the new Governor agreeing with education stakeholders in what I can only describe as a case of glorious serendipity, it seems as if the time has come for legislators to take some meaningful action.
Namely, eliminate ALL assessments not required under federal law.
As a high school teacher at a school of nearly 2000 students, I would argue that 7 assessments as a part of the Graduation Requirement is excessive, intrusive, unnecessary, and essentially meaningless. Unfortunately, the Superintendent’s recommendation for the new Graduation Requirement, while somewhat varied and improved, maintains the administration of 7 assessments. This is clearly contrary to the wishes of education stakeholders and the Governor himself. Since state legislators have finally agreed that it is necessary to retool the requirement (based on their vote in December), and a reduction in assessment aligns not only with stakeholder input, but also with the Governor’s Education Plan, eliminating at least a few tests is only logical.
In the spirit of my (perhaps misguided) serendipitous optimism, my first political act of the new year is going to be to contact all Ohio Legislators with this idea. I’d encourage you to do the same.
Posted by Matt Jablonski at 2:42 PM 1 comment: